Hello one & all,
With the new badminton season kicking off soon : ) I was just reading about the new national badminton league starting in October, which will be shown live on sky sports. Which will be good, helping promote the sport & making the players more of a house hold name.

That’s when I read that the scoring system is changing with games being played to 9 points in the best of 5 games. Should it be 2 – 2 the deciding tie breaker game being played up to 5 points or the first to 3 clear points. Also mentioned was a power play point? Shorter breaks between games & in play substitutions.

Just wondering what the forum think? Is badminton selling its soul for tv coverage? What are your thoughts on the new scoring system & would you like this introduced to your league?
Me personally would like it left at 21 points, then maybe the deciding game first to 11 points.

I look forward to reading your thoughts.

Seems like shorter matches with the new system. We’ll have to see how it works out but I have to say I’m with you on preferring the 21 scoring.

It would be interesting to know what input Sky had in the rule changes. Maybe they’re looking for faster games to cram in more adverts, or is that me being cynical.
I think the Commonwealth coverage promoted our game quite well. There have been a few new faces at my local centre and that can only be good for the badminton..
Speaking of the Games I find it strange that we’ve had no posts regarding it. Maybe someone can kick off a new topic.

Re the Commonwealth games, can’t believe how much cheating goes on, ie double hits, trying to influence line calls, time wasting.
Plus been thinking about players serving high, I think players should have a ribbon on their top around their lower rib to aid service judges.
Chris Adcock didn’t look too interested in the men’s doubles. But come the mixed he looked a different player.
As always Gillian Clark commentary & insight was spot on. I now try & beat her at guessing tactics.
That’s my quick thoughts on the games.

What I don’t understand is why they aren’t using the new scoring system the BWF are trialling, best of five sets, first to eleven and not needing two clear to win the game.

I thought Adcock and Ellis were under par. In my book they are far better than Langdridge and Mills but I must congratulate the winners for their performance. It’s unfair to Ellis that Adcock played more games and maybe there is an expectation that he has to carry the pair. I’m not so sure they would have beaten the eventual winners but they are capable of bigger wins.

Woody, you are right. I think this is television trying to create a sudden death situation in badminton so the first to 5 points so a bit like a penalty shootout. It could be interesting.

I don’t have Sky TV and am not particularly interested in the NBL. I don’t feel we have the personalities or the quality of player to make for super television. Sadly, I feel our ladies needs beefing up and we are considerably below par. We also need more strength in depth for the men too although we have more emerging players.

Not sure if I like the idea of new scoring rules coming into play (5 games to 11) – the current scoring system does not have games that last too long in my opinion. Changing the rules will encourage a much more aggressive style of badminton – players come out all guns blazing and try to get a few quick points. I think this will adversely affect social badminton, where casual players will not be able to have long enough games/matches to make it worth while. At the moment, there is still a chance that you can recover from being 5 points down – if the scoring system changed, that could quickly disappear! My fear is the quality of badminton may go down as people start to take more risks to “go for it” rather than enjoying the tactics of a game – I would much rather introduce a regular break at 11 points in a game to 21, to help people regroup and talk about tactics.

There again, maybe this would simply encourage teams to change their tactics and have more chance of levelling the match.

Anyway – I was quite disappointed with the standard on show in the latter rounds of the commonwealth games. Whilst it was good to see the top English players doing well, they were up against, in many circumstances, mediocre opposition e.g. if Lee Chong Wei had played the mens singles there was not a single player in the draw who could have taken double figures against him, and its disappointing to know that this is the case. If Tan Boon Heong had played the mens doubles or mixed doubles, I would have put money on him to walk away with the doubles titles. Our mixed pair of Adcock and Adcock is relatively strong on the world scene, but nothing compared to the top few chinese and indonesian (and danish) pairs. It was a shame the top Malaysian players did not play although I can’t comment on the womens side of things as I am not that knowledgeable about the womens tour (but the Indian womens singles could have been stronger if Saina Newhal had played!). 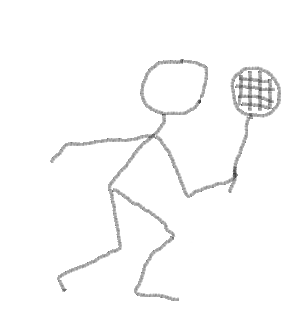 It will be interesting to see how the NBL will work out. Hopefully it will add positive rather than negative feeback about badminton. As for the scoring system, I rather wish they would stop tampering with the game for the debatable benefit of TV. Personally I like the scoring system as it is now as it offers a chance for the game to fluctuate where different players are in ascendancy at different times. I fear the 5 x 11 will evolve in to trying to catch your opponents cold for glut of early points. I wonder whether 11 points is enough for the tactical and strategic play to take place. Fitness will most likely be even less of an issue. Its already been taken down a notch from the service point 15 system to the 21 rally point we have now, in the 5 x 11 it will be even further erroded.

Also and one of the main concerns is at the recreational level we will most likely end up with games to 11 points. While this will offer good court turn arounds I think a lot of players will feel that they have hardly had a game. It could possibly effect the grass roots of badminton quite badly with less players continuing to play.

On another note I think it quite strange that the powers that be in badminton are happy for their showpiece matches particularly the finals to be so short. After all TV seems perfectly happy for one tennis singles match to take the entire afternoon. Why should the badminton showpiece matches be any less important?

Hi Cybershuttle, I like the point you make about tennis & how a match can easily go on for a good couple of hours.
I know the BWF are thinking about changing the scoring system to 11 points in the best of 5 games, the English National League is only being played to 9 points. So I can see that it will be important to make the right choice of ends or to serve.
The game will be over in 5 mins, players fitness won’t come into the equation as much.
Hope I’m wrong but I believe this is taking too much away from the great game of badminton.

i haven’t met a single player who is for a change in the scoring system. It would be interesting to know what the professional players think.
As Matt says it will favor the fast aggressive starters and leave little room for the more tactically gifted. Do we really want our game to be a battle of the big hitters much has tennis has become with big serves.
Time will tell.

I take Matts point on the quality in the Commonwealths but it was not a global event and as such I found it pretty enjoyable. I’m sure that anyone new to badminton would rather have exciting games than walkovers.
The case in point being the MS final. Sure if LCW had attended he could have won with his laces tied together, as it was we were treated to a thrilling match that went to the wire.

Just a mention on the commentators. Morton Frost is getting a lot better with more of his personality coming through. Good perspective on tactics from Nathan Robertson but he needs to show a bit more enthusiasm. Take a few lessons from Gill Clark, magnificent as ever.

I have to agree with Rodger on the battle of the big hitters point. Mens doubles is already going that way a bit and while its impressive to see the power and the astonishing defences some of the touch shots, controlling of the shuttle and tactical play are equally if not more impressive. This is why I particularly like watching Hendra Setiawan and Mahammad Ahsan play. I would hate badminton to become as one dimensional as tennis.

Talking about dimensions, I really think they need to rethink the camera angles on the utube and TV footage. The high rear view currently employed makes the game look flat and uninspiring. It works for tennis because tennis is quite 2 dimensional but badminton needs to show the height of the shuttle and the height over the net as well as the depth in to court. The best view I have seen is low and to one side. It really adds a more 3 dimensional look to the coverage and showcases the power and prescision much more. I know its slightly off topic but if the powers that be want to boost the profile of badminton with TV and online viewing then they need to look at presenting it in the best possible way.