Secret Badminton Skills You Must Possess In Order To Out Manoeuvre, Outplay And Outscore Your Opponent To Win The Game – Part 1 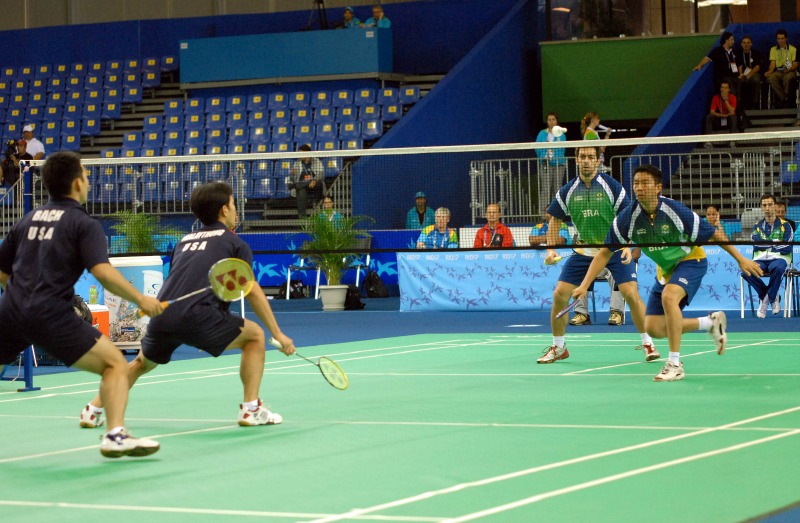 Have you ever played against an opponent you believe you should beat, but never have?

Have you suffered the frustration of knowing you are that close to a momentous win and yet can’t seem to make the breakthrough?

Or, have you walked off court wondering what happened, losing easily to someone you consider you’re as good as, and yet the score suggests a huge gulf in standard of play?

If you’ve answered yes to any of the above questions, then this series of articles may be the answer you’re looking for.

So What’s The Secret Skill?

In all standards of play, whether you’re a beginner, intermediate, club, league or professional badminton player, you need to understand how to read your opponent, identify their weaknesses and be able to use this information to create a tactical game plan.

So how do you do this?

Here’s a few ideas for you…

In this article, you’ll discover how to understand the bigger picture and then, in the next two articles you’ll hear how to analyse the components of skill and design tactics to expose and capitalise on your opponent’s weakness.

No doubt you’ve played with and against a number of players. Each player has their own style of play, favourite shots, weaknesses, likes and dislikes.

The aim in this section is to simplify style and help you assess which style you and your opponent fits. Once you understand this, it’s a lot easier to begin building a game plan to beat them. Let’s take a look at the various styles and how to identify them.

This style of player is easy to identify. They try to attack everything. They like a fast-paced game and favour the big smash to finish off the rally at the earliest opportunity. There’s an almost brawn over brains mentality here although it’s being a little cruel to say this.

When serving to this style of player, they are ready to pounce on any loose shot. They have an aggressive attacking stance, toeing the service line and try to psyche you out and force a loose low serve or flick to allow the big smash return. Have you met this style of player yet? They can be very intimidating.

This style of player is tricky and hard to beat. They can attack well and use a range of well-placed shots to achieve a desired result. They like to mix the pace, searching for openings, work well in a pair to create a weak return. There’s more finesse in their game, using a “whole court” approach to find the gaps in your game.

When serving to this kind of player, you need to pay attention to the variety in return they command. There’s less aggression in their game, preferring the well-placed return to the booming smash. Be on your guard, especially around the net and watch out for push returns. They will still latch on to a poor serve and bury it, however, they lack the aggression on court to send you back on your heels.

This type of player likes a more medium-fast paced game, although they are far more adept at changing the pace to create their openings.

Whilst this term may seem odd, there’s a reason I use it. There are players who like to counter-hit. They like to set up certain situations, specifically to play for a certain return where they can inject pace into their defensive shot creating an unstoppable shot or causing a weak return.

Their defensive capabilities are good and they love to move the shuttle around the court quickly to expose weaknesses or open up a weak return, especially in the rear court.

Serving to this type of player will usually result in fast pushes to the rear court or at the server’s partner in doubles. They like to send an opponent the wrong way, so have developed good deception skills in order to use fast pushes to win points.

This style of player prefers a fast-paced game and they really like to drive the shuttle into the corners to create their openings. They love to hit “through” the attacking net player deep into the rear court.

This style of player is good at moving the shuttle around the court, but in a more defensive manner. They are happy to lift the shuttle and then manoeuvre the shuttle to expose the gaps in their opponents attack. Again, they like to use deception to fool their opponents and enjoy a slower pace of game, lifting high into the corners, blocking and pushing returns in order to create their openings.

Serving to this player is certainly less pressure. They tend to stand off the service line, preferring to cover their rear court rather than attack a low serve.

The complete player is one that is a bit of a chameleon. They can play all four styles, although have a preference in terms of their most comfortable style. They will have weaknesses and some of these styles are almost alien to them, because they are so good at their preferred style of play.

With this type of player, it’s important to recognise the style they favour and either better it or learn to play against it.

Rally Points Scoring System Has Changed The Game – Have You Adapted?

The change in the scoring system for most players brought about a change in their style. In essence, they either adapted or were defeated (Darwen’s law about the survival of the fittest – fitness in these terms meaning adaptable to their surroundings).

The rally point system does not suit the slow starter so much, and certainly in professional arenas the defensive thinker is extinct. Players at this level must be able to adopt all styles and adapt them to their game instantly, choosing the style of return to meet the situation they are in, within a fraction of a second.

In league badminton, especially lower leagues, this is not seen as much. Consequently, matches are won and lost based on which style of player outplays their opponent. The rally point system still favours an attacking player, especially the aggressive attacker, although time and again, it’s the softer shot that finds an opening.

Take a good look at the players in your club and see if you can work out which style of player they usually fit.

When you’ve completed this task, think about your own game and your preferred style of play. Does it remain the same, or does it change depending on your partner and the opposition? Note your findings.

Having identified these different styles, think about what you would do to counter a style you have difficulty playing against.

If you need help, check out my online coaching program…