A Tale Of All Englands Badminton Stringing 2016 – Part One

As March approached, all preparations for the Victor Stringing Team at 2016 All Englands were complete. As it’s Olympic year, we were advised a record number of Victor sponsored players were descending on Birmingham to compete in the most prestigious tournament in the World.

Our apartment was booked from the previous year. This meant we already knew the general layout of the rooms. The big concern was the unknown factor… how many badminton frames we would restring during the tournament?

This year we had printed the posters to help players find our apartment. On the door we had a daily poster with opening times, as this would change depending on the tournament scheduling and how busy we were.

So with all detailed preparations completed we all looked forward to meeting in Birmingham, team Victor together again.

On the Sunday night, the eve of the tournament, I packed my string, grommets, grips and stringing tools. Of course, I left my badminton stringing machine until last, breaking it down into its component parts.

Once again my co-stringer was Mark. On Monday morning, with the car packed, I had to make a 40 mile round trip in the opposite direction to Birmingham to collect Mark. We were soon on the M6 expecting to arrive at 2pm, ahead of the players, or so we thought…

Having only driven for a few minutes, traffic slows on the motorway. We then proceed to crawl for a number of junctions, due to an accident on the opposite carriageway – adding 1 ½ hours to our journey.

By this time, I receive a message from Vicky in Victor Taiwan – “The Korean team are asking when you will be arriving as they have rackets to string.” We expected them to arrive around 5pm, instead, they left Germany early and arrived in Birmingham on Monday morning.

So, we are still 45 minutes away from Birmingham and the pressure is already on to set up quickly. Is this going to be a repeat of 2015, or worse? Time will tell. 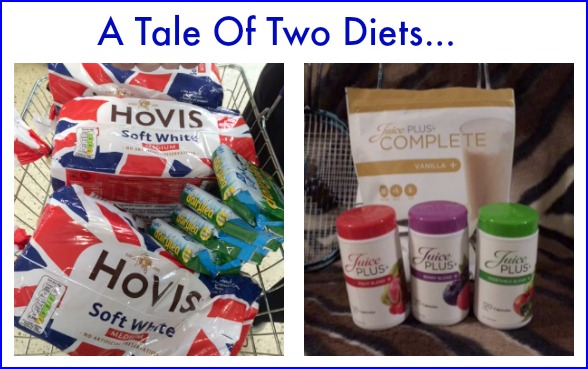 We are nearing the Barclaycard Arena and now debating whether to drive straight to the apartments or take a detour to purchase food. With the knowledge of how tough it was last year, we opted for food! Better to be prepared in case we do not have time to stop later.  A quick stop at Tescos allowed Mark to purchase his usual food for the week. I had already got mine prior to collecting Mark.

We arrive at the apartment around 4pm. Admin is quickly completed and we’re soon emptying the car. Thankfully it doesn’t take long and we’re soon moving furniture and setting up the room.

Within 30 minutes we are set up. Posters have been placed on our door and other strategic locations. I contacted Vicky in Taiwan and she relayed the message to all team managers… “The Victor Stringing Team had arrived and was open for business”.

So we’re eagerly waiting for the players to arrive… they know which room we are in and the door code to enter the apartment block. Soren from Victor Europe arrives having flown in from Germany. He has our new racket slips. Great, the team is re-uniting, only Ben is missing and he is due Wednesday. 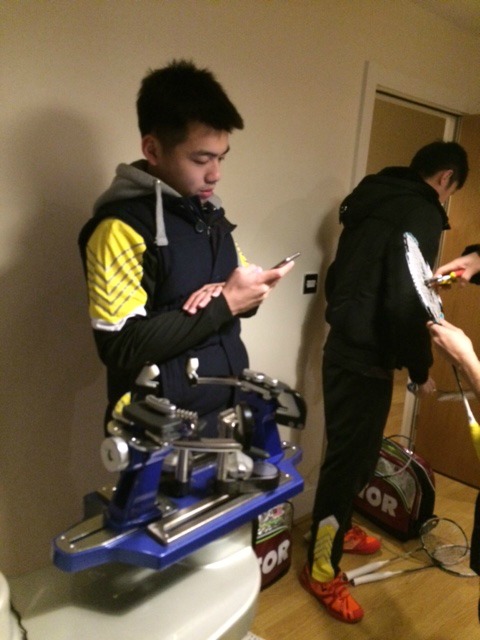 8pm arrives and there’s a knock on the door – our first customers! We expected Korean players, so were surprised to see it was the boys from Malaysia. In walks Goh V Shem, Tan Wee Keong and Chan Peng Soon.

It wasn’t long before our next customers arrived, this time the boys from Chinese Taipei and we see the new mysterious badminton racket (see featured image slideshow at the top of the post). The purple and yellow/green racket arrives without decals so we can’t name it. We spend a few minutes photographing, discussing and pondering what this racket will be called. It’s a beauty! It’s got to be a Jetspeed.

Soon after we had our first Korean visitors: Kim Gi Jung and Shin Baek Choel. Kim arrives with five of these mysterious badminton rackets however, this time it has decals. Yes, this is the beautiful new Jetspeed 12.

It’s our first night in Birmingham and we have 21 rackets to string. We complete 16 before switching off the machines at 1am. We set the alarm for 6am to finish off the remaining rackets before opening for business on Tuesday.

See you in Part Two.