In 2013 Yonex surprised us all by launching two additional racquets in the Arcsaber range, namely Arcsaber 11 and the unusually named Flashboost. Many Yonex followers were expecting to see a scaled down Arcsaber range in 2013 on the premise that this is the next range to be withdrawn and a new successor announced.

This is a 3U (weight 84-89g) and grip size G4 – the standard offering from Yonex in UK. Balance is 305mm which is tall for a supposed even balance racket and suggests there is a little weight in the head.

Graphics are similar to its predecessor the Arcsaber 10 with predominantly red paint with flashes of white and yellow. It’s a striking racquet and apart from looks, has a similar feel to Arcsaber 10. From reading the specifications, it would seem the main differences are with the introduction of “sonic metal” in the head and the noticeably thinner, albeit it stiff shaft. As you would expect, the racquet was accompanied by the standard Arcsaber full length cover.

Arcsaber 11 is factory strung with Yonex BG65Ti, a personal favourite of mine although I would have preferred a higher tension than the 18-20lbs tension in this racquet. My biggest gripe with the factory stringing these days isn’t the tension but the stencil ink rubbing off the strings within 20-30 minutes of play. This never used to happen and I know this has been a source of complaint for a number of retailers. So what’s going on? Is the string coated in the factory and therefore the stencil ink isn’t bonding, or is Yonex using an inferior ink compared to that they sell in bottles?

Sadly, I didn’t have the benefit of an Arcsaber 10 to provide a solid like-for-like comparison.

I always begin a test with clears. This provides me with an initial feel in terms of the swing of the racquet, flex, feel of the head in the swing and power capability. 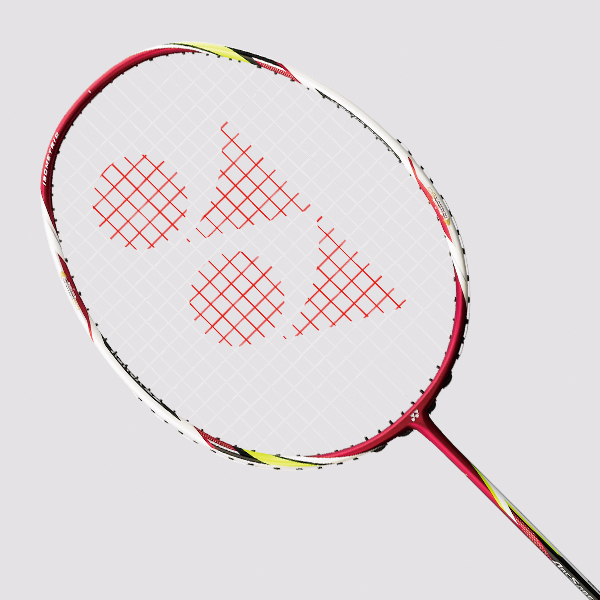 Arcsaber 11 feels relatively even-balanced in the swing but it certainly has a touch weight in the head. It’s just enough to know where the head is without being too much for those players that enjoy an even balance racquet.

My clears were sailing to the rear court with relative ease. As you would expect from a Yonex racquet, there is minimal torsion which meant that when I hit slightly off centre the shuttle still flew true – this is very important when testing racquets. Overall I was delighted with the power from the clear.

The beauty of the even balance and lighter headed racquets is that they tend to be that little bit faster when playing drop shots, which ultimately provides additional disguise on drop shots. Slice and reverse slice shots tend to move a little faster and take less effort. The downside is that a heavier headed racquet such as Voltric 80 or Z Force has a more solid hitting platform due to the weight and therefore provides a greater degree of feel.

Arcsaber performed pretty well with drop shots leaning more towards the quicker execution rather than solid playability. It’s not as fast as other models I have tested such as a Bravesword, and could probably be considered a bit “boxy” in comparison. However it’s still quick and there’s very little drag to report.

Onto the smash and the Arcsaber 11 performed as I expected. Whilst I was hitting hard, my power wasn’t as great compared to hitting with my Voltric 80. However, the racquet still packs a lot of punch and I would say hits slightly harder than Arcsaber 10. Accuracy is good.

Moving into mid-court territory this is where the racquet outshines the head heavy brigade. The relatively light frame and even balance always work better when the game speeds up and fast hands become the norm. Flat rallies were easy to control and there is enough power from the racquet to give as good as you get. There’s plenty of control and the short racquet movements allowed easy blocks and changes in pace and direction.

As you can imagine, the lighter frame made defending a lot easier than Voltric 80 which I’m used to. The racquet was fast, although that’s more due to the lighter head than an aero-dynamic frame.

Yet again the racquet handled very well around the net. All the “close” work was easy, from tight net shots to simple knock offs…just what is required and expected from this kind of racquet although not as fast as light headed racquets.

Arcsaber 11 is a very nice racquet. It’s main forte is that it’s a really good all-rounder, delivering a high degree of power, balanced with the ability to turn on the speed to cope with defending , mid-court exchanges and frenzied net play. Is it a major step up from Arcsaber 10? I’d say there’s not much in it.

On the world scene Taufik Hidyat is using this racquet and there is a special edition in his name, although it looks relatively dull in a metallic grey/silver. Other than that, there are a number of players using Arcsaber 11 this season although I have no idea whether this is by choice.

Arcsaber 11 has a RRP of £175.00 (compared to £170 for Arcsaber 10) although expect to see prices around £150 mark from online retailers. The original Arcsaber 10 sold for around £10 less than this and therefore there is always the consideration whether Arcsaber 11 is as good value for money compared to 10. I gave the Arcsaber 10 a four star rating, downgrading it based on the value for money. I feel this is an improved racquet, but not by a considerable distance and therefore I will retain the four star rating.